It’s refreshing to take some time from work to finally write down another blog post. Things have been going very well lately, the developing speed has been progressively increasing, and the details of the new animations, physics engine, AI and visual effects have also been drastically improving with our latest builds. Danilo has been working full time on the map editor, Claudio has been focusing on the whole police AI mechanics, Jendrik has been implementing all of my graphics plus visual effects into the code, and Simon has been taking care of all the many legal sides of this project.

At this pace, it’s realistic to imagine that we should have some very good results fairly soon.

Part of the reason that it’s taking us some time to move forward is because we’re working really hard on the Level Editor, one of the most important and ambitious objectives of this project. As a matter of fact, we’re working on creating our own levels with the same exact editor, so that you guys can also create your own campaigns in same way that we did. The levels will consist in a series of generic backgrounds, playable grounds, and foregrounds to choose from as a base template, plus a very large amount of items, structures, roads, plants, lights, etc, that you can add by simply dragging them into the scene.

We’re aiming to make all this as simple to use as possible, so that if you wanted you could help the people that are fighting for an important cause you know about by creating a map and sharing it either with your area or with the entire world.

Of course most of the times a riot is introduced by some impactful event or action, and that’s why we’re planning to have a cut-scene editor included with the level editor as well, where you will be able to choose between any of the hundreds animations or actions available, and millions of different skins and clothes combinations for any character that you want to place in the scene before or after the riot begins.

We ourselves are also going to create all the cut-scenes with the same editor for all of the four main campaigns, each one with a very well studied, accurate and realistic storyline that we already wrote with people who lived most of those situations in person or have been personally involved with them.

After all this time, seeing all these things come together sure is satisfying, but the battle is not over yet. We still need to finish quite some stuff before our official release is visible. Soon enough we’re going to update you on the current AI, the game mechanics and objectives, vehicles and a very realistic and accurate sound design. Stay tuned everyone, great things are happening. 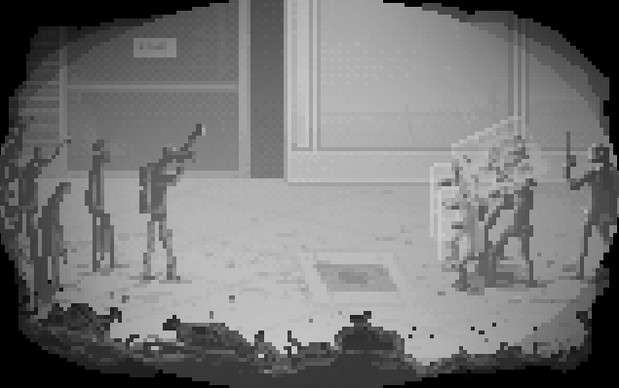